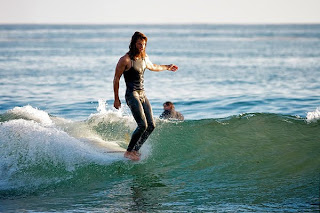 Check out this cool little interview. Thanks Liquid Salt Magazine!

Ladies and Gentlemen, announcing the first new model for 2011, the Crusoe! This year I have been experimenting with thumbtail noseriders and cannot get enough of them!

While driving all over San Diego (North County to La Jolla, to Santee, La Mesa, then back to North County) I was listening to the Robinson Crusoe book on cd. As usual, I had to keep rewinding and rewinding because my mind continually would wander on to surfboards. On this particular occasion, I was wondering how I could enjoy both the turn of a pintail but still get the stable noseride of a square tail.

The problem with square tail noseriders is that they are rather difficult to turn. The problem with pintail noseriders is that they aren't as stable while on the nose. So I decided to blend the two and give it a shot... and out came the thumbtail. The thumbtail is basically a flattened round tail, or an extra squashy squash tail. Either way you want to look at it, it has just enough width in the tail base to hold in and stablize the board while on the nose, and just enough roundness to still have that flowy eggy pintail style of turn.

I have been riding the Crusoe model now for a few months and love it! I feel like it's a great blend of clean flowy turns and stable noserides. So for those of you who want the advantages of both a pin and a square tail... here is another option to fill your surf sessions with fun and adventure. The Crusoe. 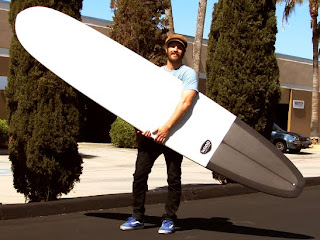 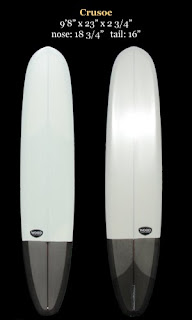 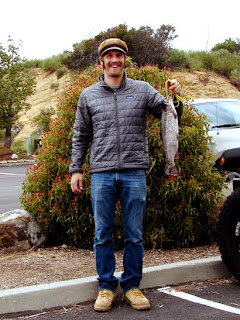 Micah Wood - All Yew from www.KORDUROY.tv on Vimeo.